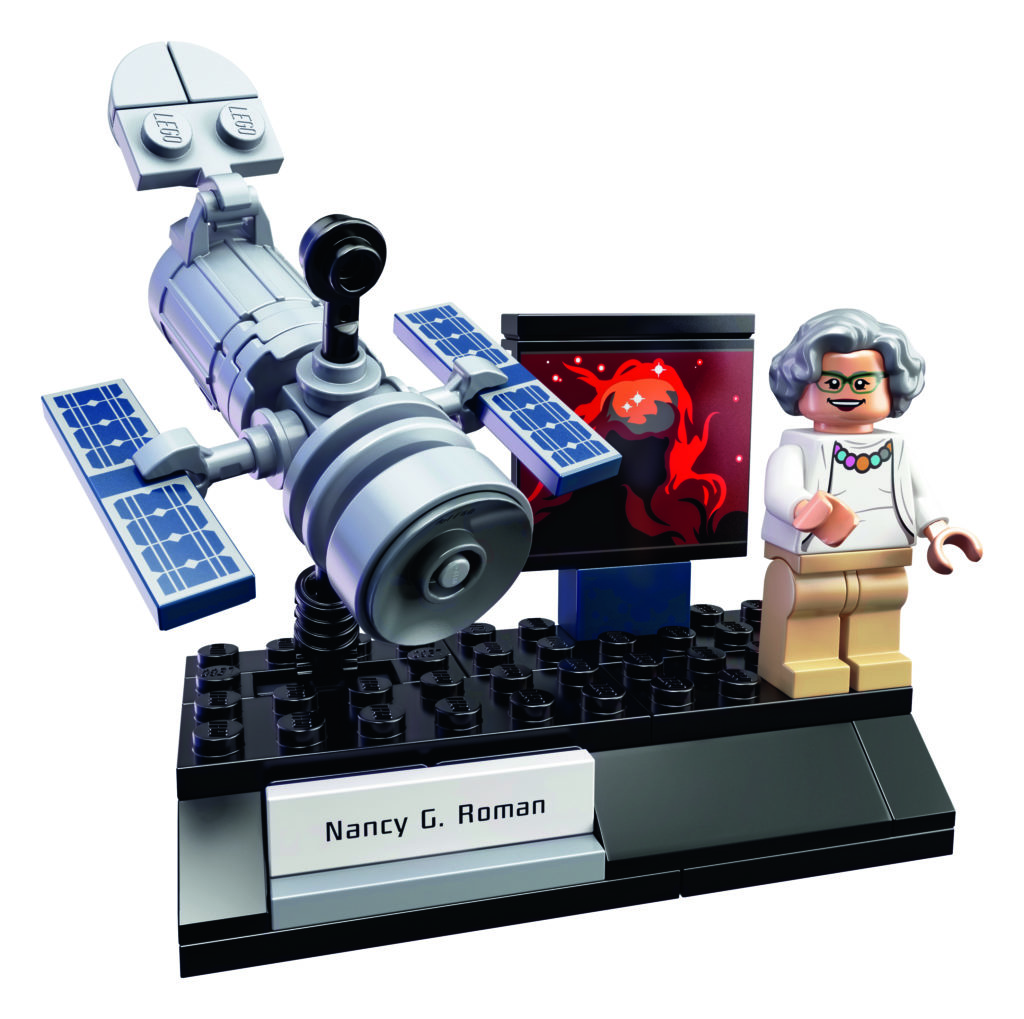 Many great things have come from the LEGO Ideas website.  For those unfamiliar, it is a website which allows users to submit ideas for new LEGO sets.  Other users show support for an idea and, if enough people are interested, the set might get made.  It is a fantastic idea to engage such an involved community as the LEGO builders of the world.  Some notable sets to get their start from Ideas have been Dr. Who, the Ghostbusters ECTO-1, and WALL-E.  They’ve always produced some great NASA themed sets previously, including the Mars Rover and Apollo Saturn V.

The Women of NASA will add to this legacy by giving us four women who helped shape the NASA program over the years.  This follows up the previously released Research Institute set, which also got its start on the LEGO Ideas website, in featuring women in STEM fields.  Here at BrickScouts we love to see these kinds of positive messages being sent out from LEGO, we hope Women of NASA sells extremely well and helps inspire the next generation of great thinkers.

The Official Word from LEGO

Check out the official description from LEGO:

Explore the professions of some of the groundbreaking women in science, technology, engineering and mathematics (STEM) with the LEGO® Ideas Women of NASA set. It features minifigures of 4 pioneering women of NASA— astronomer and educator Nancy Grace Roman, computer scientist and entrepreneur Margaret Hamilton, astronaut, physicist and entrepreneur Sally Ride and astronaut, physician and engineer Mae Jemison—and 3 builds illustrating their areas of expertise. Role-play space exploration from planning to moon landing, beginning with the iconic scene from Massachusetts Institute of Technology in 1969 of Hamilton with software that she and her team programmed. Build the posable Hubble Space Telescope and launch a LEGO version of the Space Shuttle Challenger with 3 removable rocket stages. The set also includes a booklet about the 4 featured women of NASA, and the fan creator and LEGO designers of this fun and educational set.

About the Author BrickScouter Ted

My wife calls Legos my "full-time hobby." I am always looking forward to the next build and you can be sure I will take detailed notes about every step of the process so I can provide the most complete reviews out there.

Video: Why Lego Remains the World’s Most Profitable Toy Company